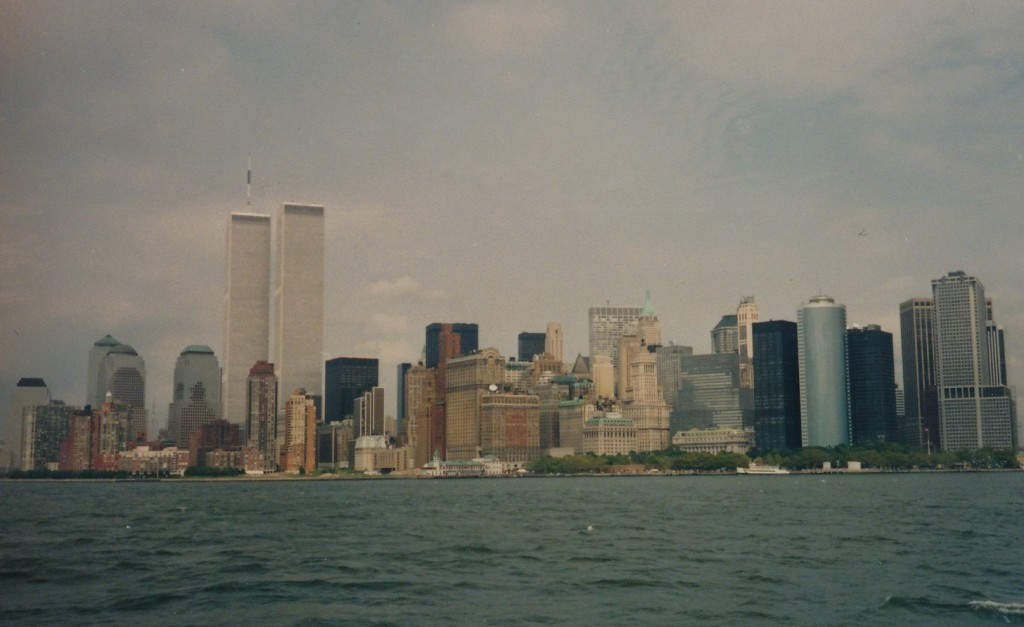 That day will forever be etched into my memory.

It was my second year in Pennsylvania. I was on my way to North Hills Elementary School to prepare for my day of teaching 5th grade. For some reason I called my parents from the car. My commute was all of 10 minutes and I don’t think I had ever called them for an early morning chat before, but I did on this day. I had no reason to call, but we talked for a few minutes, said ‘I love you’ and ended the call.

I remember it being a beautiful day. The sun was shining. My class was happy. Our morning was productive. The kids went out for recess and that is when my day changed from beautiful to ugly.  A fellow teacher came running into my room with her hand covering her mouth saying, “Oh my God, New York City is under attack.” ….she hustled to my TV and switched on the news. Utter disbelief. This could not be real. We watched for only a few minutes before our principal told us to bring the kids inside.

Moments later I was staring into the eyes of 24 fifth graders, trying to hold back the tears as I told them something terrible had happened in NYC. They had questions and I had no answers. Fortunately we were scheduled for a half day so I encouraged them all to watch the news with their parents and promised them we would talk about it in the morning.

Once the building was kid-free, we teachers gathered in front of the television and watched in horror as our country was being attacked.  We were due in meetings, but our principal told us all to go home. You see, we were only an hour away from Washington DC, and not far from where Flight 93 went down. Tensions were high, fear was out of control. I got in my car and drove home. I was scared. I wanted to talk to Jeremy. He was doing surgery that day at Sinai Hospital in Baltimore. He was not answering his phone. I called again and again.  No answer. I called my parents and sat in front of the television, frozen.  Jeremy finally called. I took a deep breath and told him to please hurry home. I did not want to be alone another minute.

My life changed that morning as did each and every true American. My heart was broken for the  lives lost, families torn apart and sense of security that was crushed. The toughest part for me was trying to explain it to my fifth grade friends for the days, weeks and months after. I’m not sure if I helped them get through it or not, but I know I will never forget that class and the discussions we had that year.

New York City is a place I love. I have been numerous times and plan to devote a blog (or two) to the Big Apple. It is full of wonderful people who stood up to the terrorists and persevered. I cannot begin to imagine their grief, but I shared in their pain and offered up many prayers on their behalf. 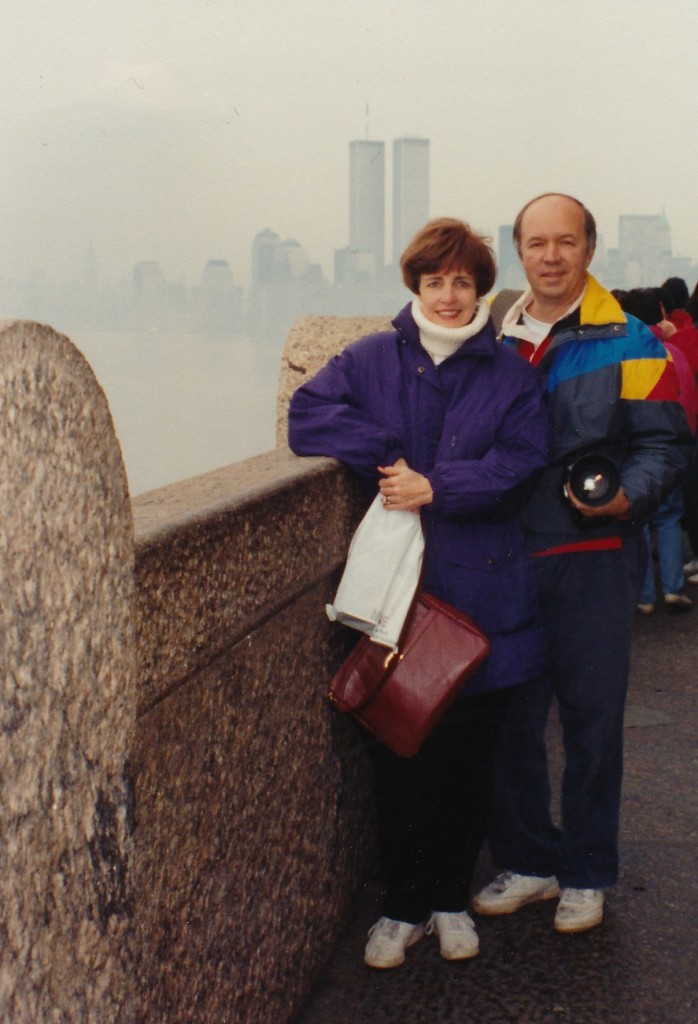 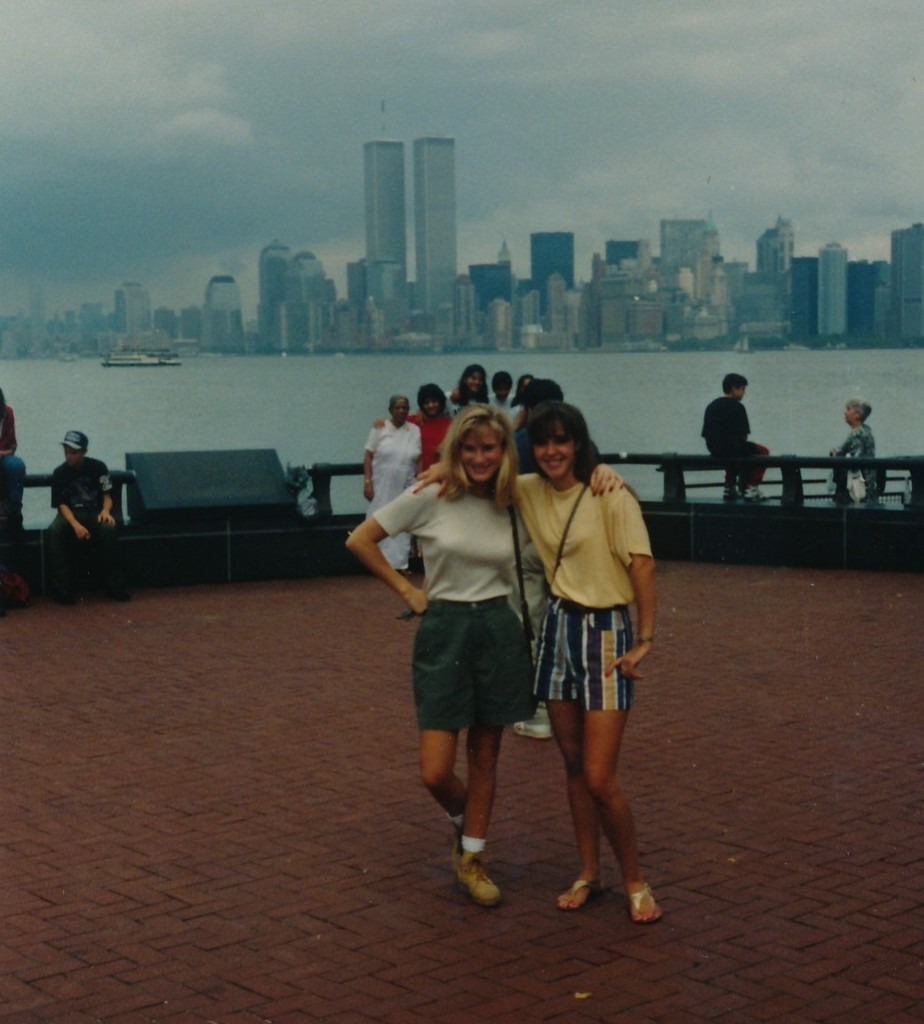 Myself and a friend on my first trip to the city without my dad, 1995.

Go ahead and chuckle at my fashion choices for that day of sightseeing in 1995. It was summer, stripes were in…oh how I wish I still had those gold sandals! Apparently I have been rocking the cross body purse approach for some time! And please, take a moment to truly appreciate my friends ‘construction’ boots!

Jeremy and I spent a few days in the city just last month (celebrating our 10 year anniversary!). This trip included a visit to the 9/11 Memorial and Museum. I cried. I shook my head. I said a few bad words. We left in silence. The memorial is perfect. The museum is a beautiful building of respect for those who lost their lives. Put it on your bucket list. Take your kids when they are old enough to appreciate it. Visit NYC for it is still an amazing place filled with strong, beautiful, brave people. 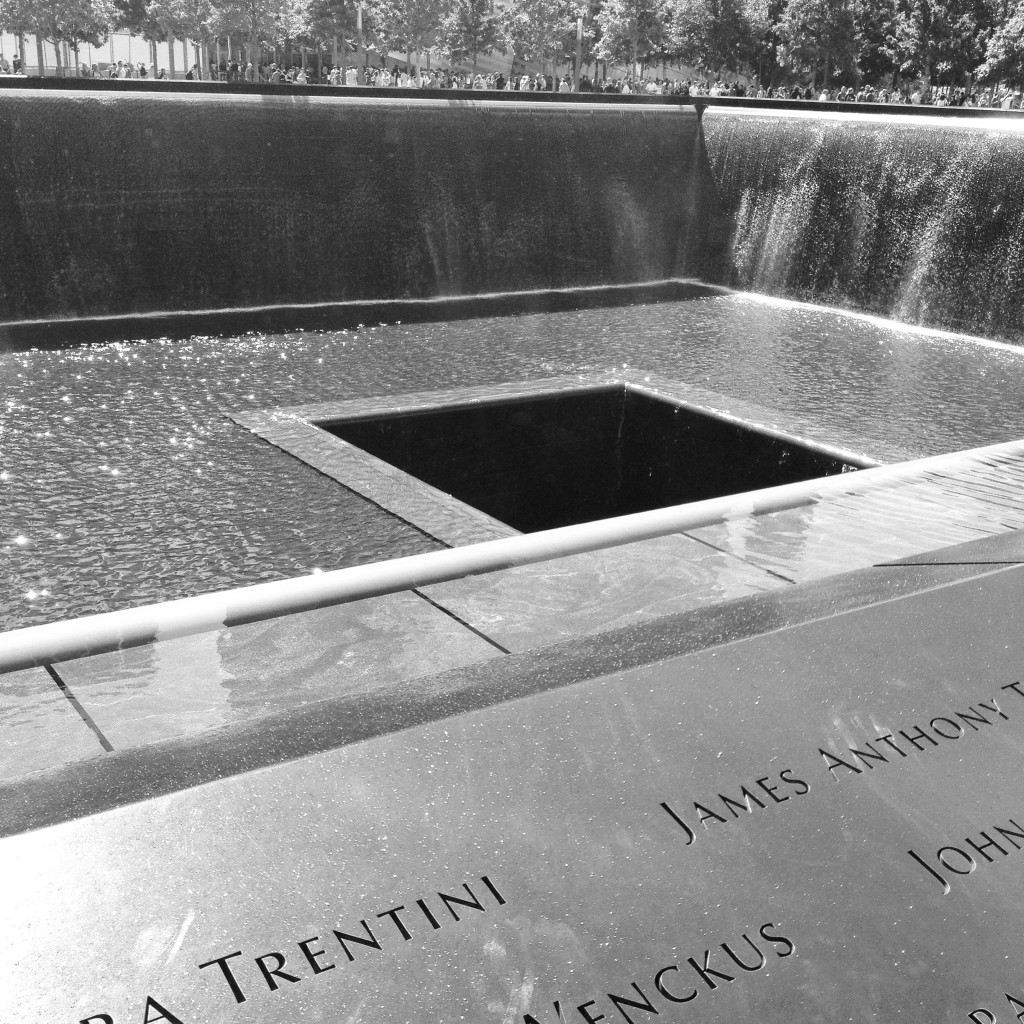 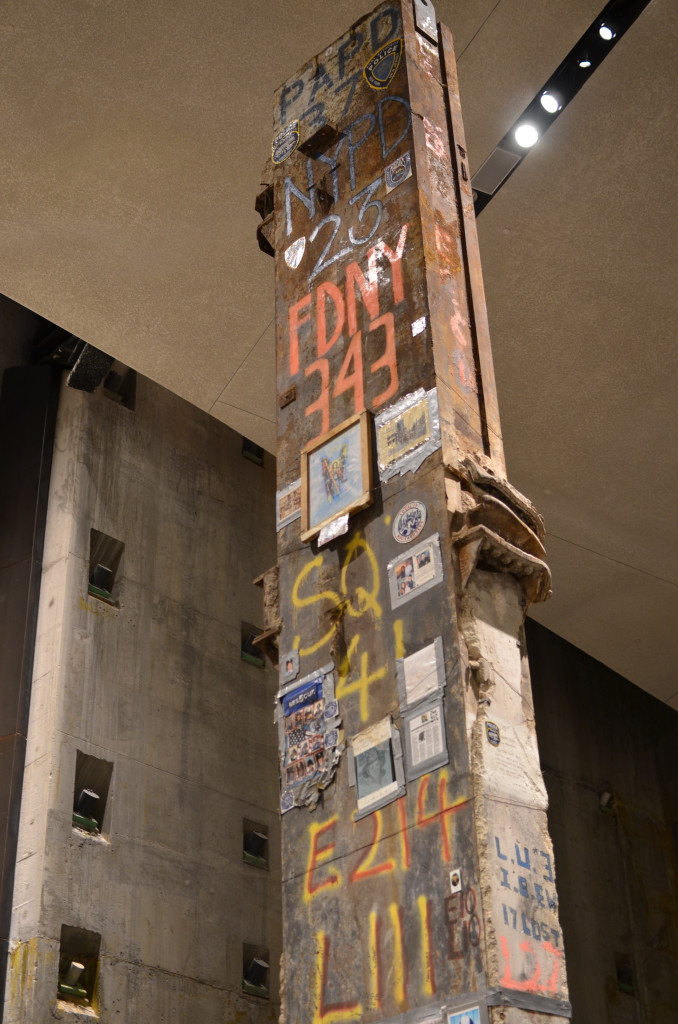 A support beam from one of the towers.

We all have our own story to share about September 11, 2001.  I encourage you to share it today. With a friend. With your child. With a stranger. Keep it alive. Keep it important. Learn a name of a victim and pray for their family. I chose Kenneth Basnicki. HIs name was the first name I noticed as I came upon the Memorial for Tower One. 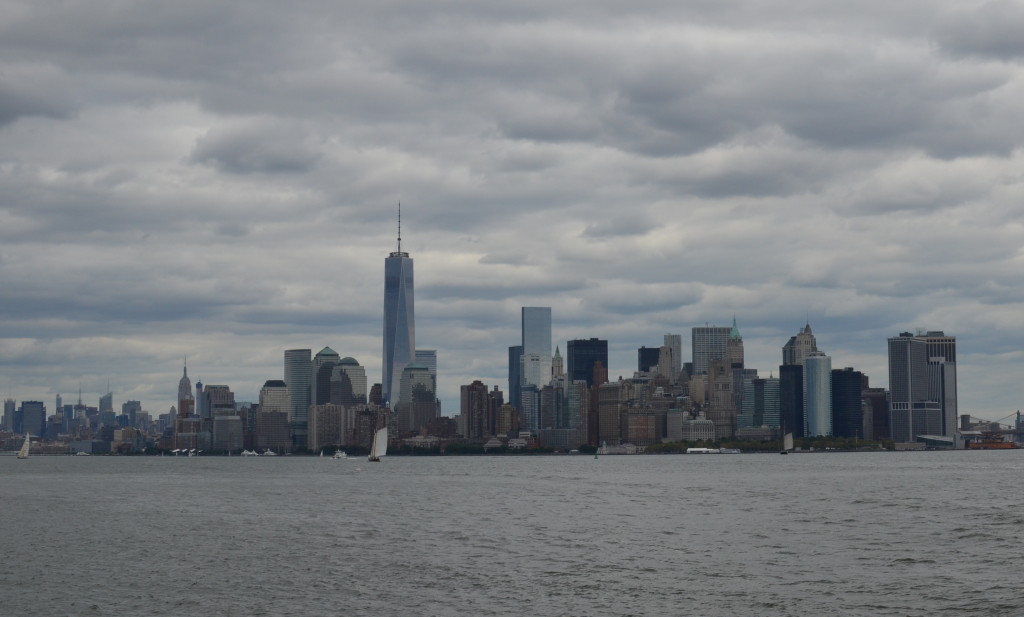 The new skyline, again, taken from the Statue Ferry, 2014.

P.S…..several hours before taking this post live I had lunch with some of my fave girlfriends. Naturally the conversation turned to today. We shared our “where were we” moments. Each memory was vivid and real as they should be. So glad I get to call those ladies my friends.