Halloween started early for us this year. We celebrated at the Magic Kingdom with Mickey’s Not So Scary Halloween Party and again on the Disney Dream with the Halloween on the High Seas cruise. 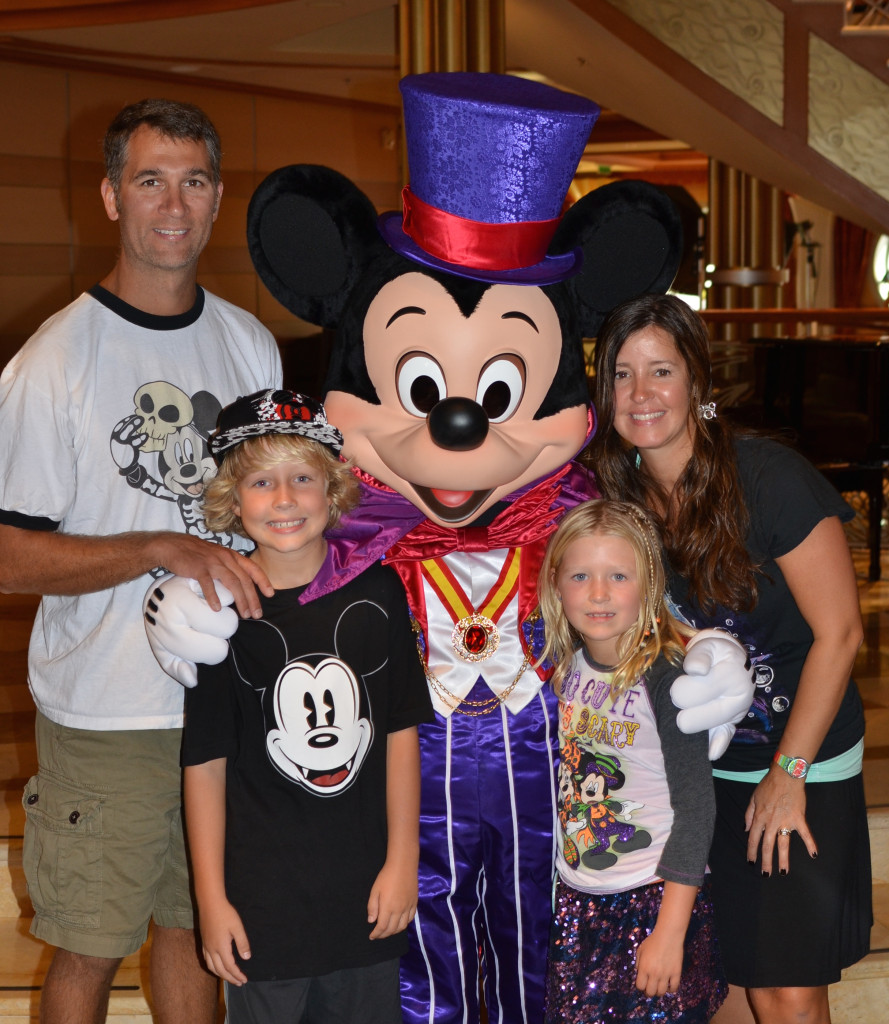 We have been munching on mini candy bars and dreaming about the Great Pumpkin for more than a month, but we were still very excited when the 31st finally rolled around. Trick or Treat night is always very fun for us. I hate that the night goes by so quickly….but there is always next year, right?

Lord knows I love a theme, including costumes. Here’s a look at costumes from years past…. 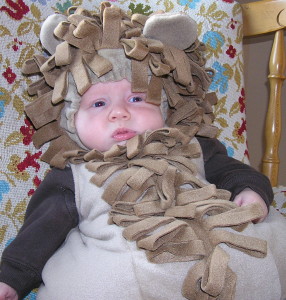 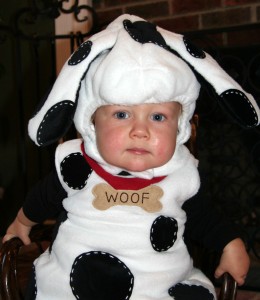 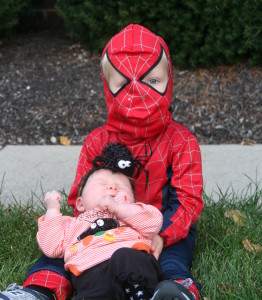 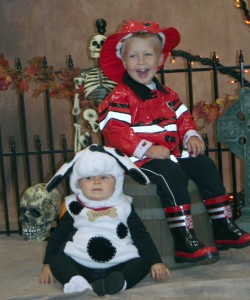 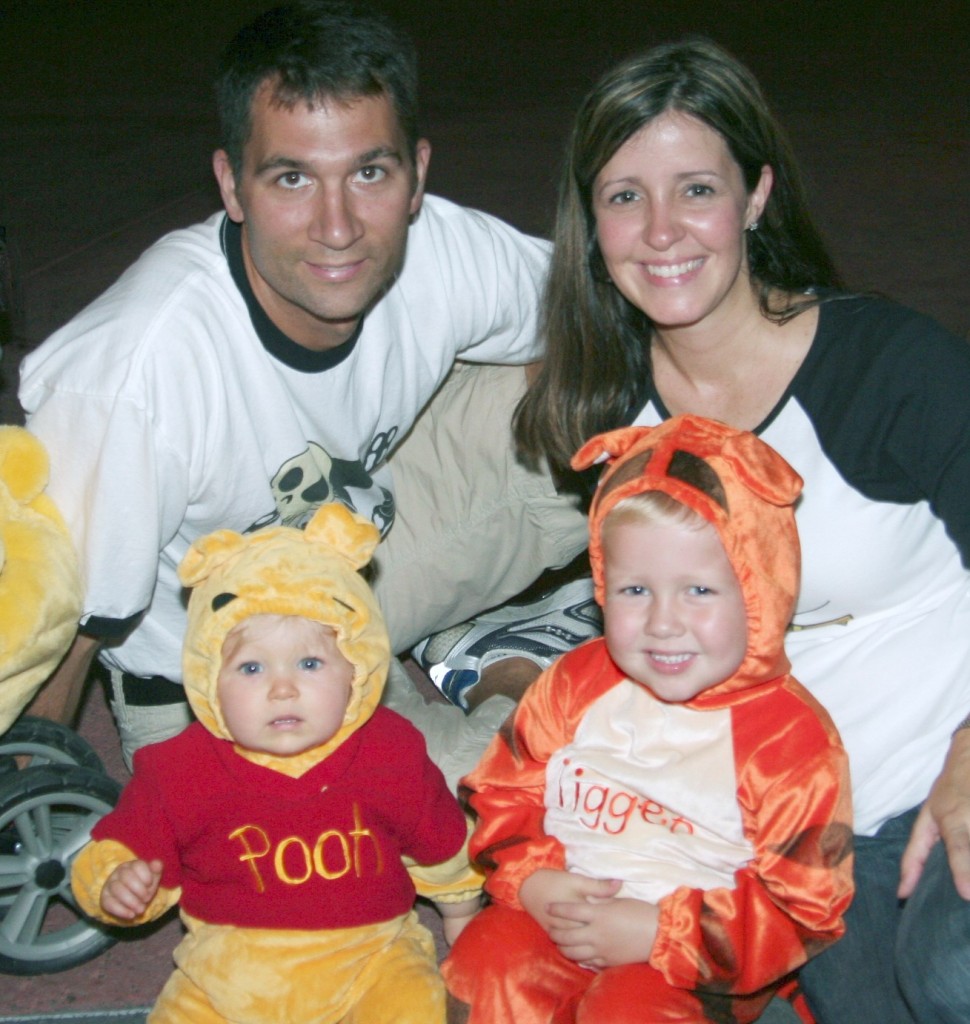 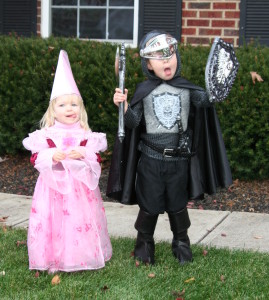 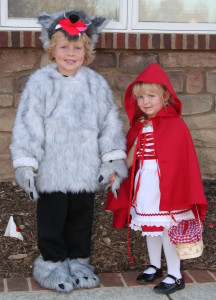 You can’t have the Big Bad Wolf and Little Red without the Woodsman & Granny: 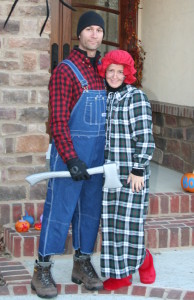 Jeremy & I got to dress up twice that year…Rock Star Party! 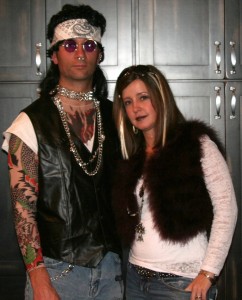 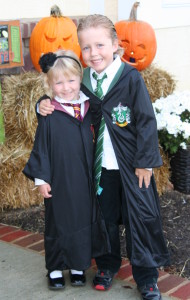 Jeremy and I joined in the Harry Potter madness and Professor Snape and Moaning Myrtle! 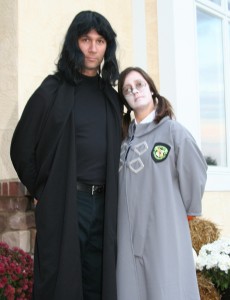 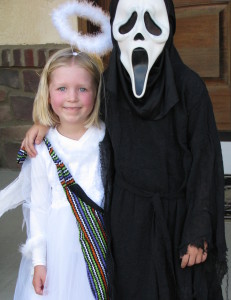 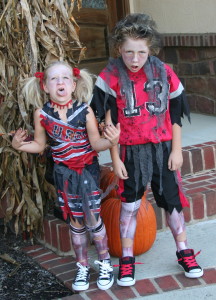 And Jeremy took home the trophy for Best Costume for his Slash portrayal at our neighbor’s 80’s Costume Party! 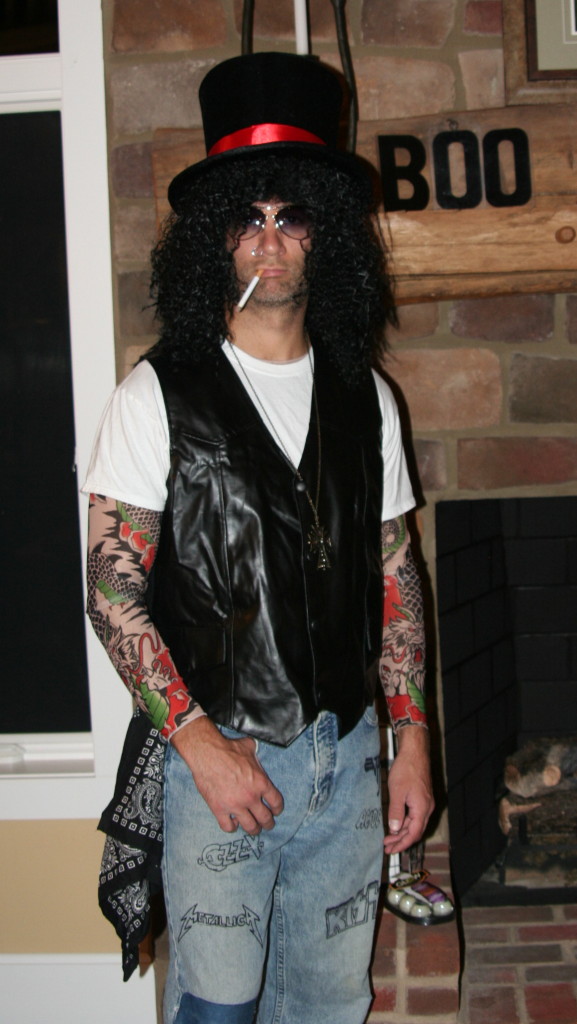 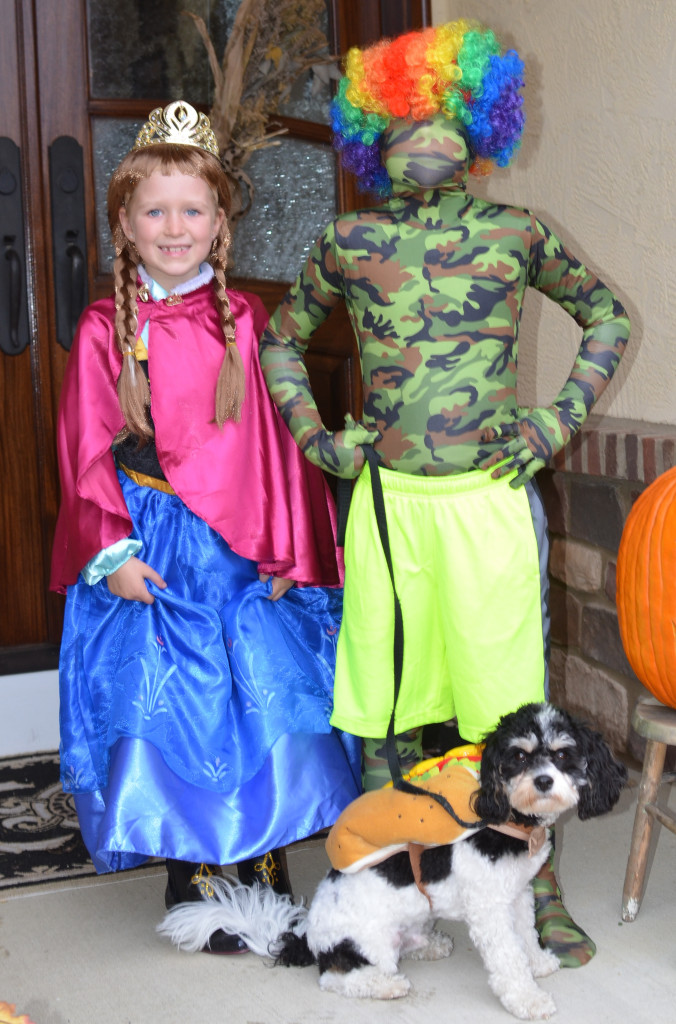 When the kids were 5 and 3, the Great Pumpkin started to visit on Trick or Treat night. In exchange for their candy they would receive a bag full of Halloween goodies. Before this, their candy just disappeared without them noticing. Now, before you get upset, know that they can keep 20 pieces. 20 pieces just about fills a quart-size baggie. They have never once questioned this and are always excited to spread out their treats and carefully pick their 20 faves. And to be honest neither one of them has ever eaten all 20 pieces….it usually goes in the trash around Easter! Before doing this we weigh their bags. This year Nat’s weighed three pounds (she lasted an hour in the rain) and Noah’s was four pounds for 1.5 hours of begging. Not too shabby! Sometimes we send the candy to work with Jeremy, sometimes we mail it to our amazing troops serving overseas and one year we sold it back to a dentist! This year most of it went to Idaho with Gramma Dortmund to share with Grandpa!

Here’s a look at the first time the Great Pumpkin visited: 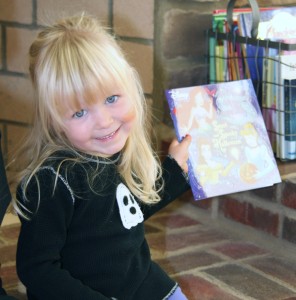 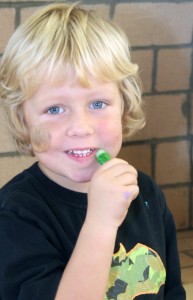 Looks like he brought a Princess book and Chapstick! Seriously look at my babies….where has the time gone! I would love to squeeze those cheeks again.

Here they are excited to open their Great Pumpkin gifts this year. I must say I scored big points for these bags….when opened they sing Ghostbusters! SCORE! 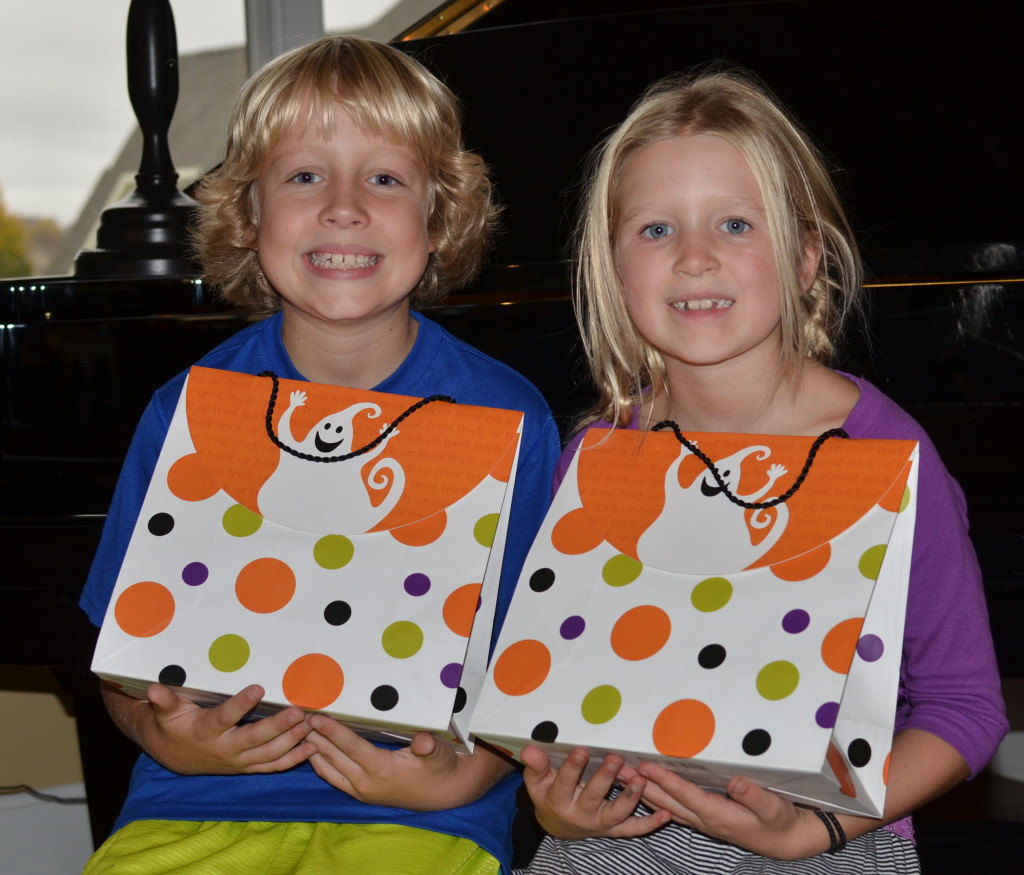 Over the years the Great Pumpkin has brought iTunes cards, books, jewelry, movie gift card, gum, stuffed animal, DVD, hair bows….easy stuff, but stuff they will like and use. I (I mean the Great Pumpkin) usually spends less than $20.

I hope your treats were yummy and your tricks were sneaky!

One Reply on “Trick-or-Treating with the Mathis’s”